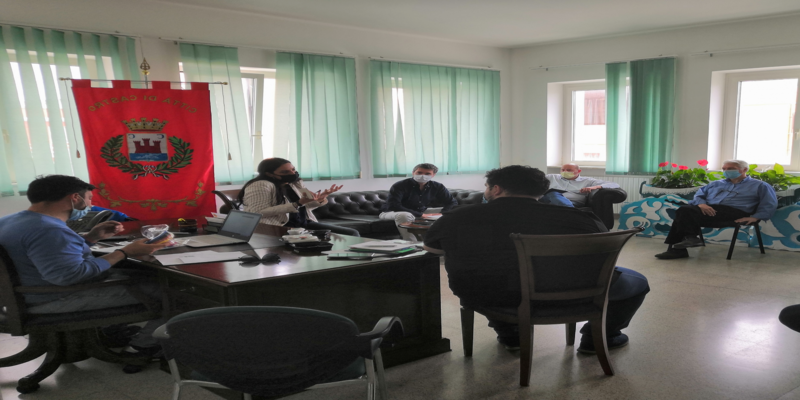 Anti-Ghost Fishing actions on the go in Castro, Italy
Overview

The first operational meeting for the AGF Actions foreseen by the ADRINET project in Castro, Italy, took place this morning at the local City Hall, where representatives of scuba divers, fishermen, and supporting boats providers met the project management, scientists from the University of Bari - DIMEV, and the vice-mayor to define an agenda of the tasks to be performed here in the following weeks.

The meeting follows the mapping of the seabed conditions, accomplished in cooperation with the local fishermen in the previous months: 10 different points were found holding fishing equipment dumped in the marine area in front of Castro. Each point was traced with GPS coordinates.

Furthermore, the team of specialists defined the criteria and procedure for distributing the tags and the other technical equipment for tracing nets in the future, by the application of chips to each fishing line.

The first mission is scheduled on June the 9th at 9.00 in the area of Grotta Romanelli. Following missions will be on 15th and 18th of June, 2020.

This project was selected for capitalisation actions.